All photos are courtesy of W.R. Swanson Photography & Media.

While much has changed over seven decades of racing at Byron Dragway, some things remain the same. That was the case in High School Drags on Saturday, as familiar last names reached the final round. Finalists Evan Folk and Kaden Mulligan are both third generation drag racers. Folk of Durand drove his ’08 GMC Sierra to the race win by virtue of a red light start by Mulligan in his ’07 Chevy Silverado.

2020 Jr. Novice track champion, James Pfohl of Clinton, Iowa, reached his second final round and first victory of 2021. Pfohl’s final round opponent was rookie driver Madyson Goike, of nearby Stillman Valley, in just her second points race ever. Goike, a quick learner from a drag racing family, had the better reaction time but Pfhol ultimately scored the win by running closer to his dial-in. Pfhol ran 8.959 at 68.00 mph on his 8.90 dial-in while Goike ran 11.088 at 55.26 mph on her 10.98 dial-in.

Leaving little time to regroup, Jr. Dragsters quickly returned for their third points race on Sunday, May 2nd. Jr. Elite saw two of the most consistent drivers in the final round with Danny Ellis of Burbank getting the win over Sydney Senko of Elwood. Ellis consistently ran dead-on his dial-in on multiple occasions, including the closest to dial-in round in time trials. Meanwhile, Senko consistently had the best reaction time of the day, setting the stage for a big final round matchup. Senko continued to demonstrate her starting line skills, with a big reaction-time advantage. Ellis, however, took the win by running much closer to his dial-in, going 7.913 on his 7.90 dial, while Senko slowed to an 8.291 on her 8.05 dial-in. Watch the Jr. Elite final round from Byron Dragway TV.

In Jr. Novice, Mia Rybarski of Tinley Park was victorious over Brody Degnitz of Slinger, Wisconsin. Rybarski made a statement in the final round, with a .005 reaction-time. Degnitz was also very competitive at the starting line, with an .041 reaction-time. At the finish line, Degnitz broke out running 9.150 on his 9.18 dial-in while Rybarski ran 9.906 on her 9.08 dial-in. Watch the Jr. Novice Final Round from Byron Dragway TV.

In Street Brawler, 2020 Champion Tracy Reeder of Mt. Morris, continued his winning ways. Reeder was both the number one qualifier and the race winner. Street Brawler runner-up, Anthony Parks of Franklin Grove, took his newly sponsored Pipeco Inc. Pontiac Firebird to the final round. Parks had the starting line advantage but Reeder ultimately took the win by running closer to his index. Watch the Street Brawler Final Round from Byron Dragway TV.

In Street Intimidator, 2020 Champion Jeff Smith of LeClaire, Iowa drove his ’65 Olds 442 to the race win over number one qualifier Trevor Beer of Elgin. Beer, driving his ’09 Pontiac GXP had the better reaction with an .037 to Smith’s .060. However, Smith was closer to his index, going 7.791 on his 7.75 index while Beer went 8.071 on his 8.00 index. Watch the Street Intimidator Final Round from Byron Dragway TV.

In Pro Dominator, fourth place qualifier Marty Thornton of Kingston, who had stellar reaction times all day long, scored the race win against number one qualifier Justin Kamp, also of Kingston. Although Kamp was slightly closer to the 6.00 index, running 6.105 to Thornton’s 6.118, Thornton’s .012 reaction-time would seal the deal and land him in winner’s circle. Watch the Pro Dominator Final Round from Byron Dragway TV.

Point standings for all classes can be found here. 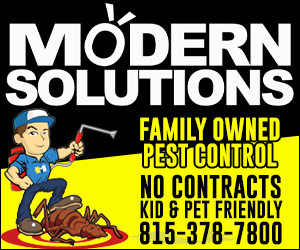