Statement Regarding the Passing of Ron Colson

The Byron Dragway community remembers and pays respect to the highly esteemed Ron Colson. Colson’s impact on drag racing and the Byron community was felt far and wide.

As a drag racer, Colson’s roots date back to the late 1950s. A highly versatile driver, Colson was perhaps best known for his wildly successful career as a Funny Car driver. As the hired driver for Roland Leong, Colson achieved great success behind the wheel of the Kings Hawaiian Funny Car during the latter half of the 1970s. With his hometown only a few away in Oregon, Illinois, Colson was a natural fit when also selected to drive one of the Chicago area’s most well-known Funny Cars of all-time: the Chi-Town Hustler

Locally, Colson was highly involved in the community, even serving as an Ogle County Board Member.

Information relating to his services will be posted as it becomes available. 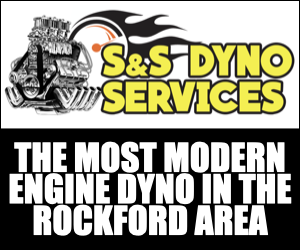